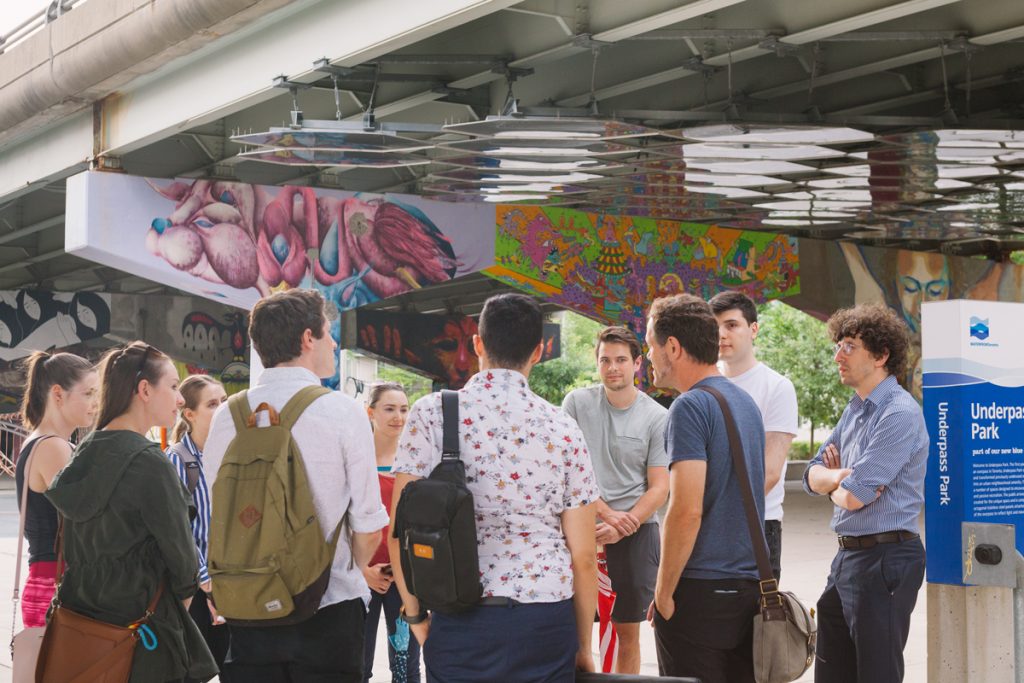 On August 12, the Urban Policy Lab arranged a walking tour for MPP students and alumni exploring the connections between public policy and Indigenous knowledge and history. UPL graduate fellow Jolene Funk organized the walk and shares her reflections on the experience.

On a cloudy, drizzly day MPP students and alumni went on a guided walk to learn about the Indigenous history of Toronto. The history and cultural significance for indigenous people within Toronto helps to ground our discussions on what urban policy means for everyone. Our tour was led by Jon Johnson, a professor at the University of Toronto teaching indigenous history and a guide with Toronto First Story.

In Corktown Common, Jon described for us the land as it would have looked and some of the ways it was used hundreds to thousands of years ago. He recounted the routes that indigenous people traveled through Toronto to what is now Kingston and Hamilton. Many of these routes today are still used in modern transportation such as Davenport Road. This led us to think about the influence of indigenous history and the physical elements that play a large role in Toronto’s urban planning. 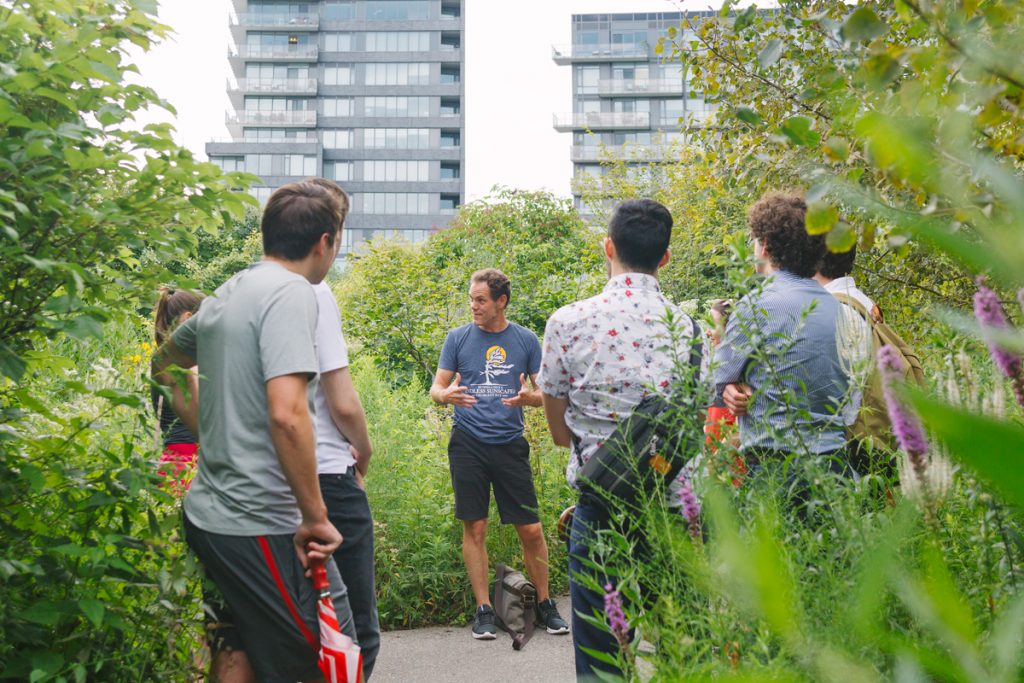 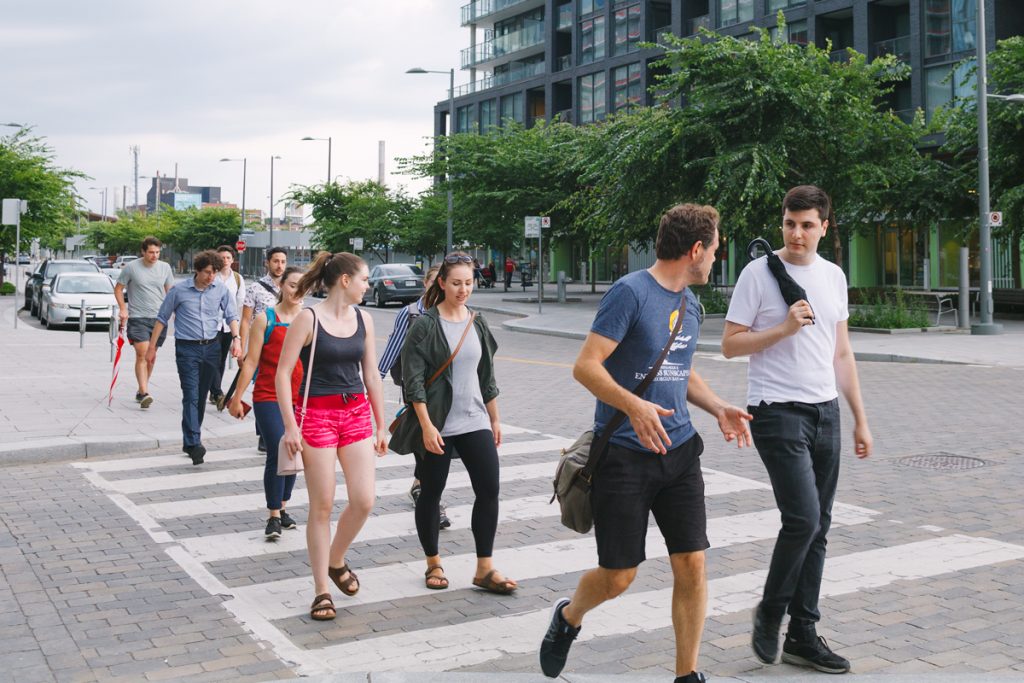 At the waterfront, Jon recounted the significance of the Toronto Islands and their history of treaties and ownership discussions between the Mississaugas and the settlers. These treaties shaped who used the land and again influence the development of the GTHA.

The places we visited often had many names. Some of the names were from different indigenous groups that resided on the land and some were colonial, often with a problematic history of culture erasure. We talked about the importance of names and tributes to history within urban policy, what these names mean to different people, and how to reflect land that belongs to everyone and respects the history of those who have lived here.

The guided walk gave us an opportunity to listen, reflect, and begin discussions that are critical in shaping urban policy for everyone. 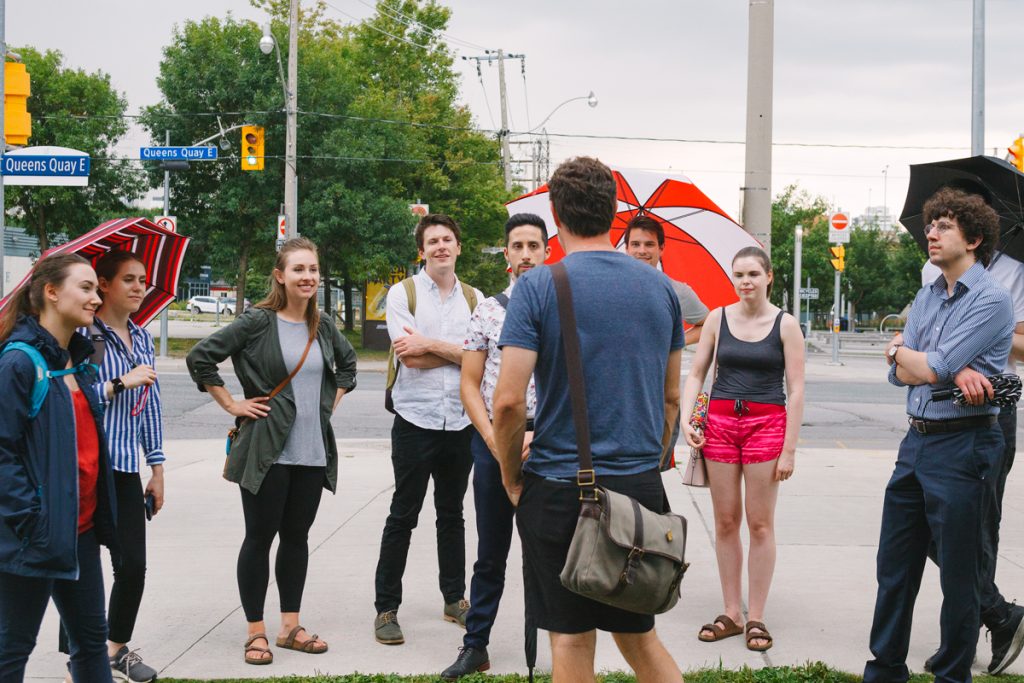